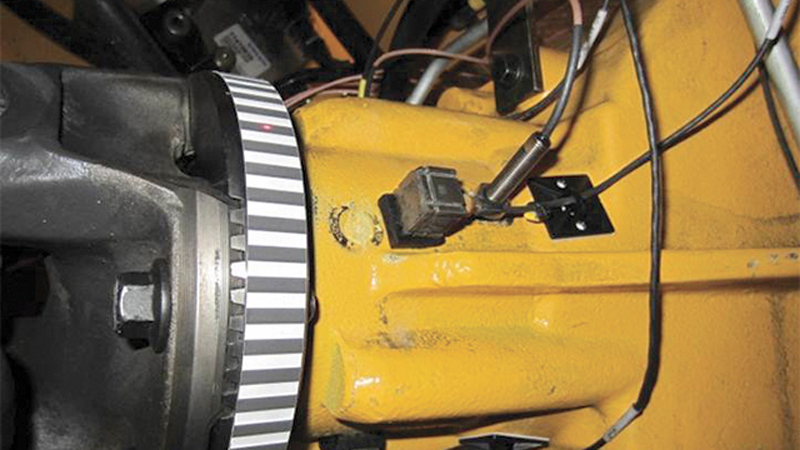 Volvo Construction Equipment (VCE) has continually sought to raise the bar to exceed customer expectations ever since its inception. For over 180 years, VCE has been designing and manufacturing haulers, wheel loaders, excavators, road development machines and other construction vehicles that make operators feel safe, comfortable and in control. Siemens Digital Industries Software tools and engineers help VCE deliver ”quality by design” by lending assistance at many points in the engineering process. Quite recently, for example, noise, vibration and harshness (NVH) engineers made great progress in coming up with a solution for the whining noise problem in the gears of small wheel loaders with the help of Simcenter solutions.

The large development and testing center with more than 900 engineers involved in research, development, testing and prototyping in Eskilstuna, Sweden, the birthplace of VCE, is a testimony to the company’s dedication to producing quality designs. The center relies on Simcenter SCADAS hardware (for data acquisition) and Simcenter Testlab software from Siemens Digital Industries Software to solve the most diverse engineering issues.

– Our top priority is durability, but acoustics is gaining more importance in the design process, says Reza Renderstedt, team leader of testing NVH for loaders. – The customers are increasingly demanding greater noise and vibration comfort. They want cost-efficient, productive and comfortable construction equipment. VCE stretches every nerve to improve acoustics comfort by minimizing irritating noises. That’s quite a challenging task that takes years and years to perfect. Fortunately, here at VCE, we understand that a good chassis is the starting-point for good acoustics. From there, you can solve smaller issues over the years. 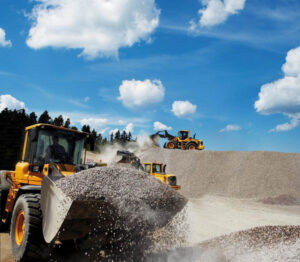 One of the issues that VCE has been working on for some time is eradicating an irritating whining noise in the driver’s cab of small wheel loaders, perceived only at high (greater than 2,400) revolutions per minute (rpm) and at the ninth position of the propeller shaft (prop shaft), also known as drive shaft. At that point, the noise level increases by more than five decibels (dB) while the noise level growth should be linear.

As the whining noise is only noticeable every now and then, it is very difficult to pinpoint and investigate, says Renderstedt. – All we knew for sure is that the noise is structure-borne. After all, the vehicles are heavy machines with high torque, a low structural damping on the frame and axles rigidly mounted on the frame.

An initial investigation into the root cause of the noise bore no fruit. VCE tried using other gear/crown wheels, tested different cab mounts, improved the gear quality and put in completely new axles but the axle gear noise was still a problem.

Searching for a solution

In a subsequent attempt to solve the issue, the team tried two solutions taken from the Simcenter Testlab acoustic testing portfolio. First, an operating deflection shape (ODS) analysis was performed on the front axle to assess the vibration pattern during operational conditions. ODS measurements were performed in 10 rounds using 60 accelerometer positions, a very time-consuming approach, with a particular focus on the deflection pattern at 2,520 rpm when the whining noise in the cabin peaks. The test engineers noted that the vibration levels are indeed high at that speed, as are the interior noise levels. Yet the noise peaked at around 3,000 rpm seemed unrelated to high vibration peaks.

– So the overall noise level increased as the vibration level grew, but there was no direct correlation between high vibrations and high cabin noise,” says Renderstedt. “In brief, the test didn’t really help us.

In addition, a modal analysis on the full wheel loader did not deliver any beneficial results.

– After each operational run, we measured the hammer impact to identify the modal behavior of the front axle regardless of the acting forces, no critical frequencies could be found, says Rendersted. 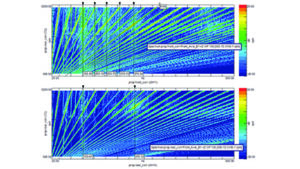 A third approach, which involved close cooperation with Simcenter Engineering services, led to more conclusive results. The test team positioned three sensors on the front axle – one on the left and one on the right drive shaft, plus one on the pinion shaft – and measured the displacement inside the casing during acceleration. It showed that the displacement was much larger at the side shafts than at the pinion shaft in the ninth prop shaft position. Moreover, the peaks in casing vibrations at the pinion bearing were clearly linked to peak displacements at 210 and 375 hertz (Hz). These and further observations made it clear that the front axle was causing the whining noise.

– The Simcenter Engineering people had the great idea to measure the displacement, in fact, we were a bit reluctant to try this as the test does damage the axle, but it was definitely worth the effort. With a couple of simple transducers, we arrived at some very good results, says Renderstedt.

Putting the pieces together

Following this result, the engineers decided to gain a deeper insight into the problem via torsional vibration analysis. Two laser sensors, one close to the rear and another one near the front flange of the front axle prop shaft, revealed a clear peak in torsion-based resonance in the driveline at 370 Hz. Putting all the pieces of the puzzle together, VCE engineers could conclude that the torsional mode is responsible for the high excitation from the front axle at 2,400 rpm So they knew they had to improve the quality of the gears to reduce the vibration.

In the meantime, solutions have been proposed to resolve the issue. Based on further tests, the team determined that adding a mass of approximately 10 kilos will change the dynamics of the shaft and improve its behavior. A tuned mass damper could help as well if no propeller shaft configuration is good enough.

– There’s still a way to go, but at least we know we’re on the right track now, Siemens Digital Industries Software really contributed greatly to this result. Simcenter Testlab is a platform of easy-to-use testing solutions, with a great look and feel, which helped us save time, says Renderstedt. 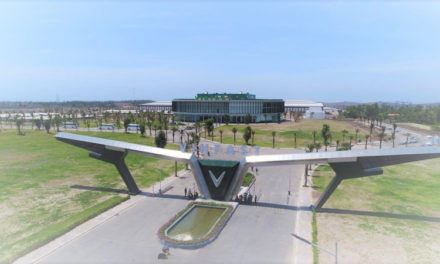 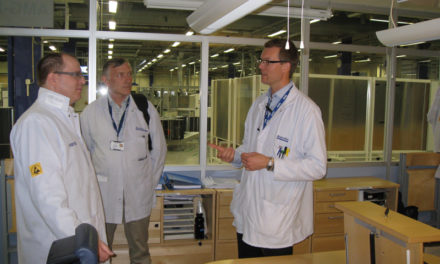 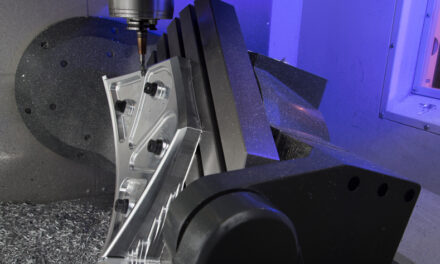 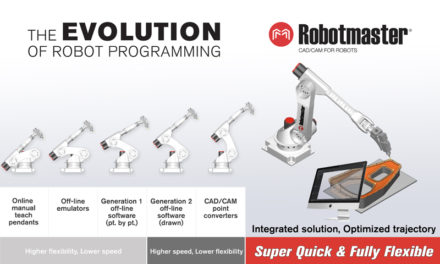