Collaborating on a common goal

When APL, a global container transporta­tion company, ordered 10 new container vessels that were designed to carry13,800 twenty-foot equivalent units (TEUs are a unit of cargo capacity) from the world’s largest shipbuilding company, Hyundai Heavy Industries (HHI), it engaged DNV GL to collaborate with HHI to ensure the maximum hull efficiency of the vessels.

Optimizing ships used to take a design-perspective approach that focused on best performance at design draft/speed; however, ships seldom sail in that condi­tion. As a result, APL requested a different type of optimization, targeting various speed and draft combinations as described in the operating profile.

APL Director Shaj U. Thayil, who was incontact with DNV GL and knew about its innovative, energy-efficient container ship concept called Quantum, says, “Our inspi­ration was derived from Quantum. Together with DNV GL and Hyundai, we focused on the vessels and their intended use, and analyzed the traffic and opera­tional patterns specific to usage needs. We set up nine focus criteria with a goal of achieving an overall 30-percent improve­ment in energy efficiency.”

The overall hydrodynamic performance of a vessel is directly connected to its resis­tance and propulsive efficiency. The resistance is influenced by the hull shape, the wetted surface area and the configura­tion of appendages. Propulsive efficiency is influenced by the characteristics of propel­lers in open water and the interaction between the hull and propellers. Performance depends on the variation of operating conditions, such as vessel speed, draft and trim.

Vessels have traditionally been optimized for a single condition, normally the contract speed at design draft. With the help of state-of-the-art computational fluid dynamics (CFD) tools and high-speed computers, it is now possible to optimize a vessel for multiple conditions in which the vessel will be operating.

DNV GL has worked on hull optimization for several years, providing ship owners, shipyards and designers with valuable advice during the design process. DNV GL experts have extensive experience in ship hydrodynamics and energy efficiency, and have worked on numerous vessel types and sizes, including the major commercial segments of the tanker, bulk carrier and container vessel markets.

A typical project for hydrodynamic hull optimization can include many steps, the first of which is making sure to establish a collaborative relationship among all partic­ipants (including DNV GL, the ship owner and the shipyard). After defining a realistic operating profile, participants discuss design ideas, combining DNV GL’s ideas with the shipyard’s design philosophy so they can obtain an optimal initial hull design from both a hydrodynamic and building perspective.

Based on the operating profile, DNV GL then works on optimizing the hull fore­body and hull aft body to improve propulsive efficiency, including propeller and machinery configuration consider­ations. The optimization process also includes an assessment of the Energy Efficient Design Index (EEDI). Finally, DNV GL helps prepare for, and attends the towing tank model testing.

The optimization process delivers value to the ship owner and shipyard by increasing confidence in the hydrodynamic perfor­mance of the hull. Typically, significant improvements in fuel efficiency and reduced gas emissions will also be realized throughout the vessel’s lifespan as a result of a successful optimization process

The specific scope of work for the 10 new TEU container vessels included a series of steps. The first work item involved estab­lishing a weighting matrix for the vessel’s relevant operating profile. Then based on the operating profile, the hull forebody and aft body were optimized, including shoulders, bulb and transom stern height. Additional steps included analyzing the wake and propulsion efficiency; predicting the speed using power and fuel oil consumption curves; assessing preliminary EEDI and attending towing tank model tests.

According to Olav Rognebakke, head of ship hydrodynamics and stability at DNV, the availability of powerful CFD tools such as Simcenter STAR-CCM+ combined with the expertise of highly qualified staff made it possible to enhance an already good Hyundai vessel design. “The optimization process is based on heavy CFD calcula­tions,” says Rognebakke. “In the past, DNV GL could not have performed such heavy computations so quickly and at such an affordable price. Using Simcenter STAR-CCM+, we can make as many modifications and adjustments as necessary and immedi­ately see how these will affect other areas of the design.”

“CFD is like a virtual towing tank,” says Tor Svensen, president of DNV GL, agreeing on the importance of the role Simcenter STAR-CCM+ plays in hull optimization.

Once the design of the new hulls was completed, Hyundai tested them in its towing tank. “The virtual towing tank does not replace testing in the ship model basin, but it means that we can get much better testing models,” comments Rognebakke.

The hull was optimized for five different design points with varying speed-draft combinations. The aft part was optimized for maximum propeller efficiency. The bulb was lowered in order to be efficient at lower drafts as well. Although this solution may result in a marginal penalty at the original design condition, the aim was to optimize the hull for a range of operating conditions. Instead of a design speed of 25 knots, the new vessels were optimized for a lower top speed of 23 knots, following the trend in recent years toward slow steaming.

“The hull was optimized for the ship’s normal operating speed range, which is between 15 and 19.5 knots,” says Svensen.

The goal was to achieve a 30-percent overall improvement in energy efficiency. The optimization process exceeded that, yielding a 36-percent overall improve­ment. “As a result of the CFD optimization process, the ships can carry as many containers as before and are 36-percent more energy efficient,” comments Thayil. “In addition to saving fuel costs, it is a positive environmental message.”

By working collaboratively and keeping a continuous dialogue with APL and HHI, DNV GL was able to incorporate a combi­nation of best ideas and results into the final hull design. It was estimated the optimized hull would result in annual fuel savings of approximately $3 million per ship, which would amount to yearly savings of $30 million for the fleet. This anticipated achievement provided positive industry attention and helped to improve the market position for both APL and Hyundai Heavy Industries.

In addition, the cost of DNV GL services to perform this optimization was negligible compared with the savings achieved through improved fuel efficiency. DNV GL, which is an independent foundation, has entrusted all commercial rights to Hyundai Heavy Industries. 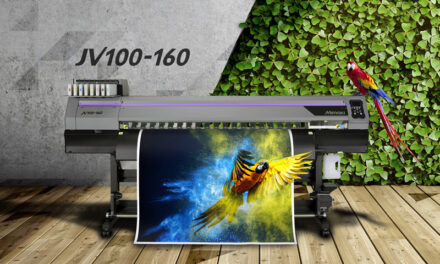 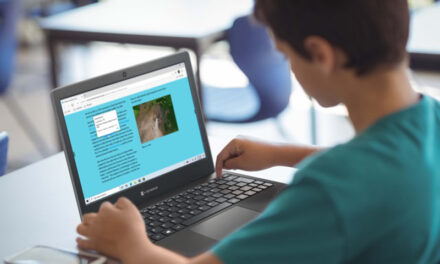 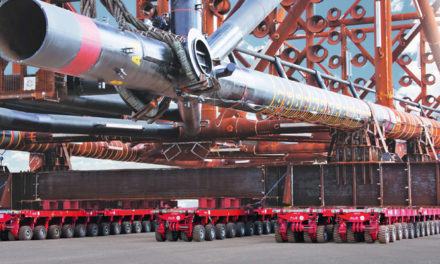 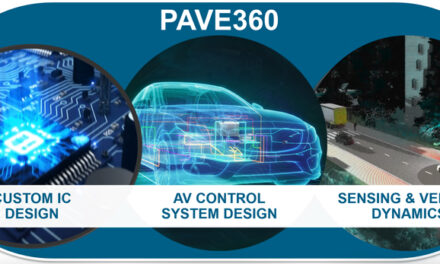