Gothenburg is on the rise. Investments in excess of 100 BSEK are planned for the various high-rises in the city. Just around the corner from StruSoft’s Gothenburg offices, one of the most attractive projects is taking shape. Twentyseven storey Kineum, built by Platzer and NCC Property Development, is structurally engineered by NCC themselves and FEM-Design was the natural tool at hand. The architecture is inspired by the fishing industry and the harbour cranes of Gothenburg. The façade angles and the complex roof structure with multiple angles enhance the slender look of the building.

– The roof is like a steel cage in all kinds of crazy geometries. There are many angles in all directions which has been a challenge, but it has gone well, says Olof Hallström, lead structural engineer who has worked together with structural engineer Linda Lindqvist. Together, they have designed the concrete core and the cast in situ structures with the help of FEM-Design 3D Structure. 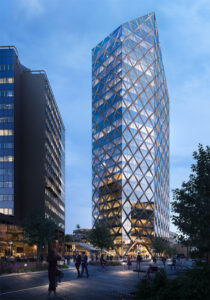 – In this project we’ve used FEM-Design models to calculate cumulative loads, analyse linear stability with reduced elastic moduli and second-order effects for example. We also used StruSoft’s WIN-Statik programs like Concrete Column for design and verification. FEM-Design models have also been exchanged with other engineering firms.

– We bought FEM-Design 3D Structure in the early 2000s to design a tall building. Back then an analysis had to run for 24 hours on a dedicated machine. A lot has improved since then, really. Olof recalls, and mentions that the short calculation times, nowadays, and the ease of use is what he likes best about the software. We look forward to following the project and see the building take shape. There’s just one question remaining – how do you pronounce the name?

– You can pronounce it whichever way you prefer – It’s a completely new word. Linda and Olof say with a smirk. 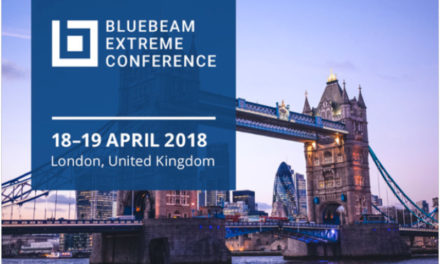 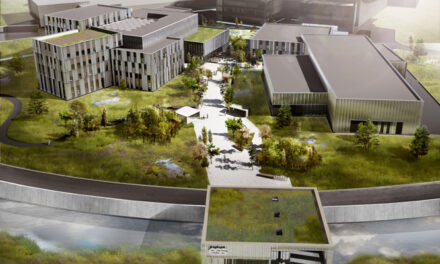 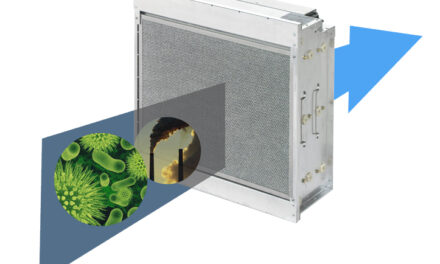 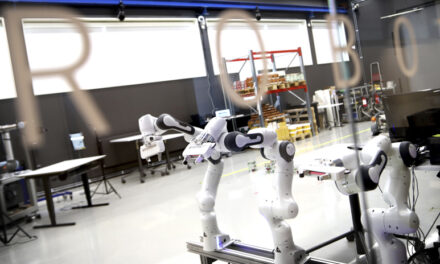