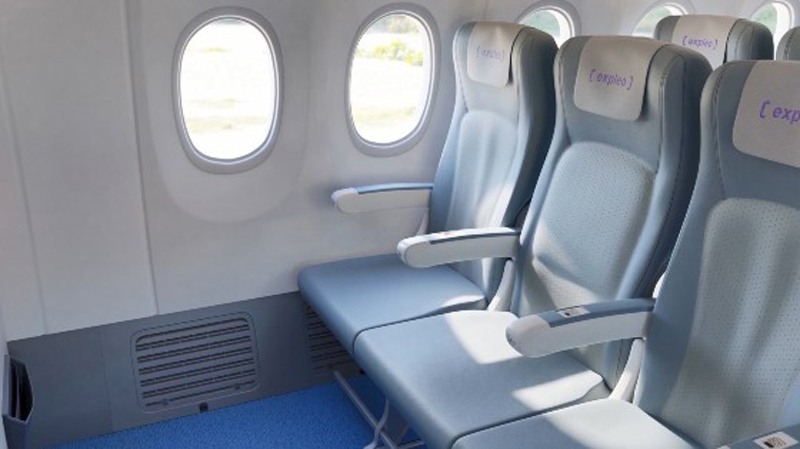 With its short lead times, affordable small series, and decentralized production, additive manufacturing has already proven its worth in aviation, where getting a grounded aircraft to flight as quickly as possible is crucial. But rather than just 3D printing parts like-for-like, AM’s design freedom allows for out-of-the-box thinking that can make spare parts even smarter. A case in point is Materialise’s collaboration with EASA-certified design organization Expleo on the Boeing B737 dado panel. 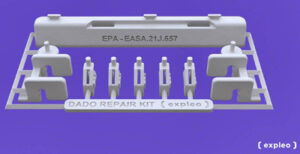 The dado panel — also called a decompression panel — is the familiar grill located at the bottom of the aircraft cabin wall, beside the window seat. In normal conditions, it stays partially open to allow air that enters the cabin from the ceiling to exit through the side-wall. In the case of a sudden change in pressure, such as decompression, it fully opens to accelerate pressure equalization between the cabin and the area affected by the decompression.

The panel itself is made up of several components, held together with latches and pins that allow the different elements to move as needed. Those latches and pins tended to break frequently, meaning a plane would need to be grounded until a new panel could be fitted. As well as rising costs for every day a plane is out of the sky, replacing an entire panel is expensive, not to mention unnecessarily wasteful if only one part breaks.

Expleo knew there was a better way. They reached out to Materialise to combine their certified design and manufacturing expertise and develop a more sustainable solution that would result in huge cost savings.

Developing innovative solutions for the aerospace industry requires some out-of-the-box thinking, and this was one of the strengths of the partnership between DOA-certified Expleo and POA-certified Materialise. 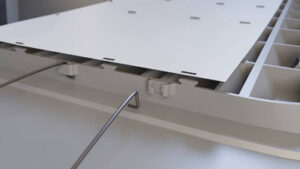 Although replacing broken or defective parts with like-for-like 3D-printed parts would already have been cheaper than replacing the entire panel, Expleo saw the potential to do something more impactful. So they went back to the drawing board.

Instead of simply replacing a broken part, their goal was to design new elements that not only fix the problem at hand, but actually strengthen the panel and reduce the risk of further breakages. For example, where a single latch fixing the panel’s metal arms breaks (as can be seen in the images below), the newly designed part restores the original function, plus it reinforces the whole section.

The idea to develop value-added replacement parts was a clear winner with real commercial benefits. Not only would airlines make huge cost savings by not having to replace entire dado panels, they could vastly extend the lifespan of existing panels, confident that the repaired panels were stronger, and less likely to break than ever before.

Expleo’s video gives a great visual explanation of how each part functions, showcasing how clever design and certified additive manufacturing for aerospace can result in innovative solutions that bring real cost savings:

Opportunities like this for iterative improvement are one of the ways additive manufacturing sets itself apart from traditional manufacturing methods. With no physical inventory sitting on a shelf, there’s more scope to tweak and improve the design of parts over time. That means it’s possible to achieve new heights of performance as ideas and technologies evolve, while at the same time reducing costs and waste. 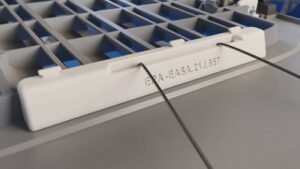 Being able to 3D print one-off spare parts is highly practical, but to maximize the benefits of their new, added-value replacement parts, Expleo wanted to combine them in a handy repair kit, complete with all the necessary parts to restore a dado panel to full health.

Working closely together, we translated Expleo’s novel designs into 3D-printable files that could be printed at Materialise’s certified facility — orienting and connecting the parts in such a way to meet the stringent structural reliability and safety requirements for certification, while also minimizing waste and ensuring the parts could be easily and safely separated and used.

As well as supporting Expleo in designing the parts for 3D printing and making full use of the design advantages the technology offers, Materialise also played a key role in liaising with EASA and participating in the EASA rule-making activities around 3D-printed parts. Expleo was then able to issue Minor Repair Approval under EASA 21.J DOA for the solution using the repair kit.

This demonstrates yet again the value of working with a partner with over 30 years of expertise in additive manufacturing technologies and that holds all the necessary certifications to print flight-ready parts with Form 1 accreditation according to EASA Part 21.G.

For Expleo and their customers, it’s also a win-win.

Thanks to the repair kit, the life of a dado panel can be safely extended, cutting down on both waste and costs. And with the kit available in a ‘digital warehouse’ rather than a physical one, Expleo can have kits printed on demand at Materialise’s certified manufacturing facility. Solving the problem of a defective dado panel on the Boeing 737 has never been this easy, fast, and cost-effective. 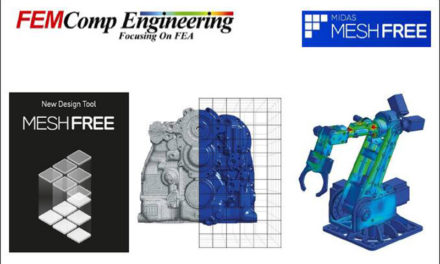 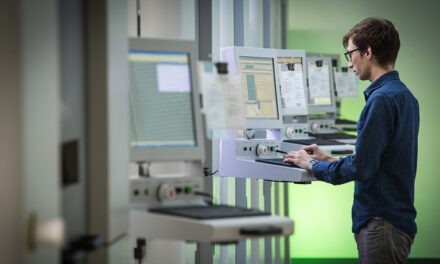 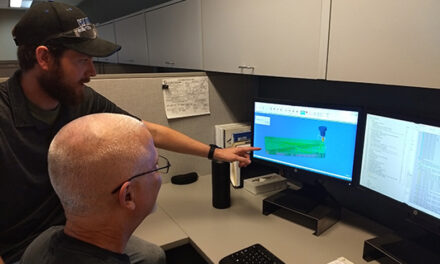 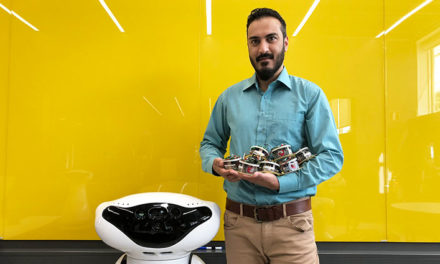