The Canada-France-Hawaii Telescope (CFHT) Corporation operates a world-class, 3.6-meter optical/infrared telescope from an observatory atop the summit of Maunakea, a 4,200-meter dormant volcano located on the big island of Hawaii. CFHT provides the research community with a versatile, state-of-the-art astronomical observing facility that not only helps users consistently achieve their scientific goals but also fully exploits the research potential of the Maunakea site.

When the CFHT Observatory was built in the 1970s, design work was done through drawings. Stacks of vellum were stored at the observatory’s headquarters in Waimea, located in the saddle between Maunakea and the Kohala Mountains. According to Instrument Designer/Machinist Greg Green, new instrument development, observatory maintenance, and facility upgrades require frequent access to legacy data.

– We’re constantly upgrading the design of the facility, Green notes.

– My predecessor remodeled all of the old drawings in 3D using Autodesk Inventor software 10 years ago.

Green, who has used several CAD packages in the past, attempted to use the Inventor package to support new instrument and facility upgrade design. However, he soon found himself seeking a new 3D solution.

– With the myriad of projects and constant upgrades that we face, the more efficiently we can access and adapt existing designs to support new requirements, the better, Green explains.

– I gave Inventor an honest try, but I found the software to be cumbersome to use and I needed a tremendously powerful workstation to run it, which prevented me from using the software on a laptop up at the observatory.

– My boss was amazed with how fast I can model a new design in SOLIDWORKS, which is the main reason that we made the switch.

Since moving to SOLIDWORKS software, CFHT has cut its design cycles for instrument and facility upgrades in half. One recent example is a dome venting project that required the installation of large, garage-type doors.

– With the comfort level that I have with the SOLIDWORKS platform, we’re at least twice as fast as we used to be, Green says.

– Whether I’m opening an existing 3D model or drawing and extruding a sketch, SOLIDWORKS allows me to work faster and smarter, Green adds.

– With fully dimensioned, intelligent SOLIDWORKS models, I can open a design for something that already exists, make some changes—such as taking existing structural steel beams out and putting new beams in—and complete the project more quickly and easily.

The transition to SOLIDWORKS software has improved CFHT’s ability to complete design work on site as well as support a higher degree of compatibility with vendors.

– Our manufacturing partners use SOLIDWORKS more than any other CAD package, which greatly simplifies collaboration, Green explains.

– However, what I really like about SOLIDWORKS is that it runs on my laptop, which allows me to do design work when I’m physically at the observatory.

– With Inventor, I needed a big workstation to run the software, which relegated me to doing design work at our headquarters/machine shop, Green continues.

– I regularly need to be on-site to measure things and model new designs, and can’t pack up a workstation every time I go up to the summit. Portability is the key, and with SOLIDWORKS, I can take my laptop up to the observatory and model a structural steel beam, for example, while I’m sitting on a ladder right next to it.

CFHT is using SOLIDWORKS software to support implementation of the Maunakea Spectroscopic Explorer (MSE), a 10-meter-class telescope that is fully devoted to spectroscopic exploration of the universe. The only facility of its kind, MSE will replace the current 3.6-meter telescope with a large, wide-field telescope operating a dedicated suite of spectroscopes. By breaking light down into its component colors, or spectra, MSE will give scientists valuable information not available via images alone.

– On the MSE project, we’ve incorporated the design into a model of the surrounding landscape, Green says.

– Our consultants use the model to support wind flow and structural analysis, and I used PhotoView 360 to render a compelling image of the new facility— including a sunset and section view of the dome. SOLIDWORKS provides the design visualization tools that we need to conduct design reviews while also promoting the project to the public. 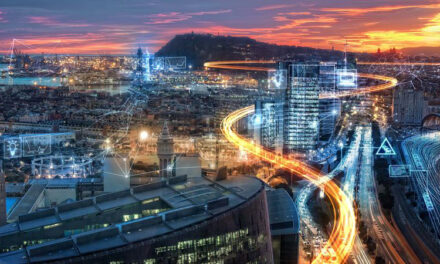 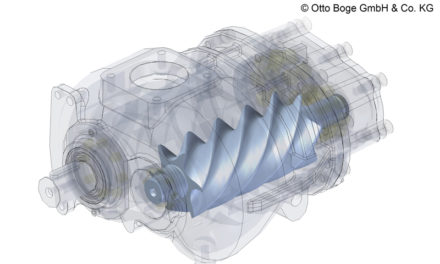 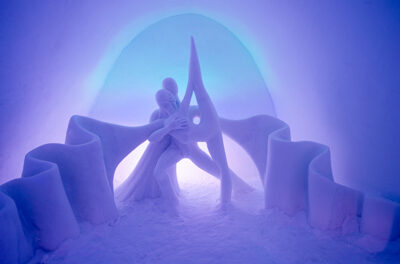 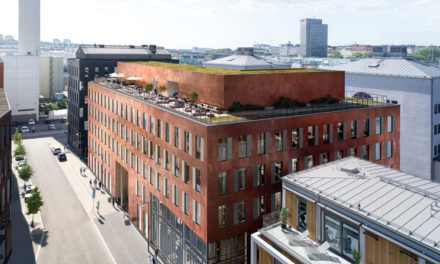