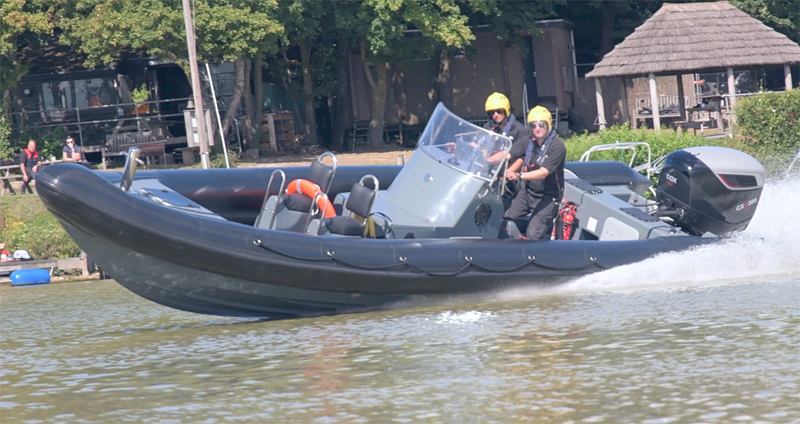 Riding the trend toward outboards

Spotting a market gap for a dedicated, high-performance diesel outboard engine, Cox Marine (Cox), an innovative British engi­neering startup founded in 2008, was confi­dent its V8 outboard diesel engine designed specifically for marine use would take off. 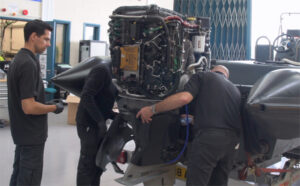 had been redesigned from the ground up, was launched in November 2018 and is based on a 4-stroke, V8 architecture. It delivers a combination of high power, high torque and single fuel, enabling it to offer the same performance and efficiency of an inboard but with the con­venience and flexibility of an outboard. To get the new product on the marine market, Cox had to put all its focus on product develop­ment. The engineering team had its work cut out for them because they had to define the outboard design and performance.

Emphasizing getting it right the first time

Introducing an outboard engine concept to the market presents some significant issues. Euan Freeman, principal engineer leading the systems engineering and thermofluid analysis and controls teams, says, “This trend presents challenges to our company in terms of deliv­ering a new product to market in time to cap­ture this momentum and also to design a product that can keep up with the trends and deliver multi-unit solutions to the market.”

Bringing its first product to the market in a short timeframe required Cox to gather a large amount of knowledge about product performance in order to meet market requirements. The firm decided to adopt a virtual trial-and-error process. – One of the main critical business issues was bringing the first product to market within a trun­cated timeframe, says Freeman.

– This meant the amount of time that we could allot to testing was limited and put a greater emphasis on a right-first-time mentality. In order to support this philosophy, the com­pany invested heavily in the predictive anal­ysis capabilities of its engineering team. This allowed them to identify many issues and the subsequent solutions prior to develop­ing concept designs and placing any orders for physical parts.

Freeman recalls that opting for simulation and building a comprehensive digital twin of the engine ”was very helpful for identify­ing problems.”

– Cox ran various types of analysis ranging from first principle calculations that we typi­cally undertake, using either standard spreadsheet software or with internally developed code, moving to 0/1D system simulation with Simcenter Amesim and through to 3D subsystem/component design, says Freeman. – The types of analy­sis include both FEA and CFD and our sys­tem simulation covers numerous system types, including vessel simulation, electrical, mechanical, thermal and fluids. I think the confidence we gained from using Simcenter Amesim helped us to target and understand what the art of the possible was.

Using Simcenter Amesim, the Cox engineer­ing team highlighted the various issues they had discovered during the test phase with­out using simulation. Thus, each piece of the outboard was designed with the finest architecture.

One area Freeman’s team started focusing on was what the likely performance of the product could be using the Simcenter Amesim IFP engine model libraries.

– We selected the appropriate turbocharger machinery to ensure that the product would provide the specified performance, says Freeman. Also, emissions legislation enters into the equation for the design of the turbocharger.

For safe and smooth operations of the out­board engine, the power tilt and trim (PTT) units have to be considered during the design phase. The PTT elements are electro­hydraulic mechanisms driven by a motored gear pump as the source for providing hydraulic pressure. The angle of the out­board machine is actively changed by trim function so it runs efficiently, while tilt function is useful for the protection of the outboard engine. In that context, Freeman’s team needed to understand how the designed hydraulic system was expected to operate.

– The use of Simcenter Amesim allowed the team to identify what valve dimensions were required in order to achieve the designed performance, says Freeman.

– We also combined the hydraulic libraries with Simcenter Amesim mechanical libraries to create a virtual test harness of the PTT design, allowing us to predict the system’s response to defined load cases and graphi­cal representations of the movement for a more user-friendly way of representing the results.

A third area the Cox engineering team focused on was the movement of the gear­shift system in the transmission. – Modeling the shift mechanism using Simcenter Amesim was useful to gain an understand­ing of its dynamics and kinematics and the possible impact of choices such as lubrica­tion specifications, says Freeman.

Finally, once all the validated subsystems were integrated, it was important to assess how each part works together and the over­all system performance. Freeman explains, “Since we started running the products in the field, we have used our Simcenter Amesim models for both the cooling and lubrication systems to model and under­stand the behaviors seen in real-life testing and to make changes to component design.

– We can take out a huge amount of uncer­tainty in the first build using Simcenter Amesim. We can do a huge amount of upfront work. We would have 24 variants of engines and have one engine that would have to be built. We’re looking at hundreds of thousands of pounds being saved just by doing that upfront. For us, that drives devel­opment time down by months and months. 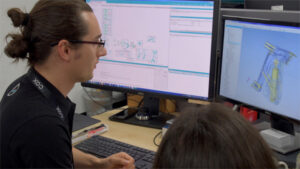 Gabriel Hendergate, senior engineer on Freeman’s team, explains that comparing 1D and 3D simulation based on their use of Simcenter Amesim and Simcenter 3D is fundamental to validating their model. Indeed, Hendergate explains, – Comparing results gives us confidence in our simulation as the results are similar.

– Feeding the engine design team with feed­back from system simulation team on time helped to improve the design, says engi­neer and Simcenter 3D user Anthony Chan, whose role is to conduct analysis and look at the overall structure of the engine.

Combining 1D and 3D solutions from the Simcenter portfolio enabled Cox to meet their tight development timeframe. For a complete digital twin, test data can also be combined to validate the models and improve their quality. Indeed, Freeman explains the improvement in the internal combustion engine is also based on test rig bench results. “Using test campaign results enables us to improve the quality and accu­racy of the model,” says Freeman.

Working toward a successful launch of a first product

– Cox primarily focused on working toward a successful launch of our first product, the CXO300 outboard. However, my team is now working on the concept development of both the next iteration of the base prod­uct and a potential upgrade of the out­board, says Freeman.

– The Simcenter portfolio helps Cox work in a rigorous and auditable manner, allowing our teams to focus on developing the best version of the product to meet the exacting requirements of the marketplace. The Simcenter simulation suites have already helped us to rapidly develop a product for market in faster turnaround than would be typical in similar industries by providing direction for contentious design decisions.

– By adopting simulation early on the project, we significantly reduced cost and time on the front-end as we got the right design answer in the shortest possible time. It is massively important because we can get people to make the right design decision, thereby reducing development time by 50 to 80 percent. 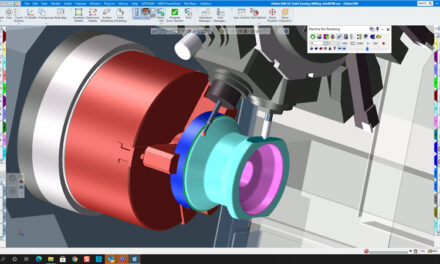 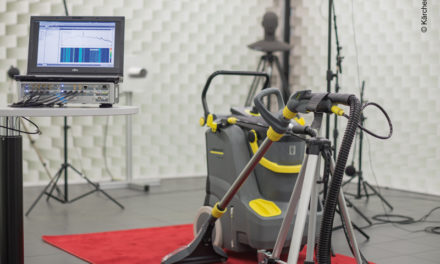 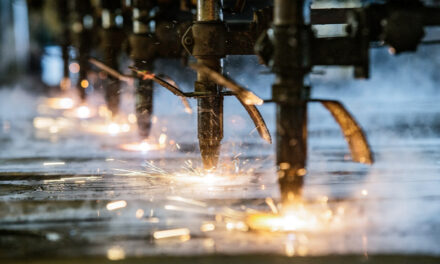 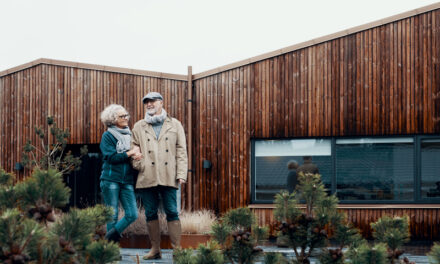